"Pain of the heart makes pain of the body seem trivial in comparison."
-Azmaria Post (1980-) 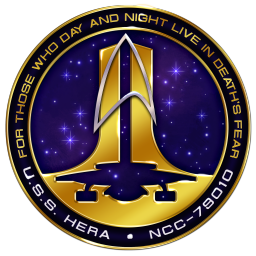 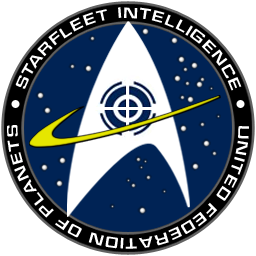 Check out our CafePress Store!
Click here to view our Awards!
USS Hera Books and Art

After the USS Bonchune was refit and renamed the USS Hera, she was placed in a science and reconnaissance role across the Federation. That's the 'official' mission. The actual mission is a much more sinister and top secret affair that no one on board, not even the Captain herself, yet fathoms the complexities of.

Now that the Hera has undergone yet another refit supervised by Starfleet Intel using technology they're not happy letting be public knowledge, what dark and sinister secrets will the crew of the Hera discover as they embark on their new missions? What will it cost them? And most importantly, will they survive with their sanity intact?

Join Captain Enalia Telvan and her crew as they travel the stars under the command of the Hera's senior staff and her many experienced officers, as they discover the secrets of deep space.

All Walks of Life Safe Haven

The last posts are out and the final reports are written! We are officially on hiatus! Enjoy the rest and we hope to see you all back in 2-6 months! Safe travels and fair journeys!

I feel that this has been a long time coming, but unfortunately the USS Hera is going to have to close its doors for a while. Now before anyone freaks out, this is only temporary to refresh and recover from burnout. We've been going full steam for well over a year and with the world as it is, the pandemic, degrading health bars, social and racial injustice, as well as the world literally being on fire...

Well, the Senior Staff and I agree that getting ourselves and the crew motivated to write has become more of a job than a hobby.

Thus, we're going to take a hiatus of a minimum of 2 months but most likely closer to 6, stop all writing, put the plot of the Hera on hold, and let everyone focus on life for a while without worrying about the Hera. We'll still be here on the site and in chat for when we're ready to come back.

As for when we're stopping the story, That's the purpose of the Bulikaya Particle mission. We all have a grand adventure, wonder about our place in the universe, and go our separate ways for a while in universe - around 5-7 years we figure. Then when we're ready, come back together and celebrate with a shiny new coat of paint on the old girl.

So as we enter the new year in both real life and the sim (2397), we find ourselves wrapping up a long mission of diplomacy, combat, intrigue, and general mayhem. Unlike most missions, this one has taken a bit longer than most, likely due to the holiday season. Still, we have all done amazing writing and I applaud the outstanding work that you've all put into the USS Hera over the course of the year. Without you, there is no narrative. I may be the one throwing out ideas, but you're all the ones running with them and coming up with even more to them, creating the actual universe in which we fly. Thank you.

Also, as we enter this new year, several writers dear to us have left us to find their path elsewhere. for them, I thank them for their time and energy and wish them well on their way. We also have some new writers that I would like to welcome into our fold. Each of you are now precious members of our family. If there is ever anything we may do for you, please, let us know.

Now, as for the current mission. Soon we'll be finishing up with writing the last of those posts and posting the backlog. As a reminder, Dox, our Flight Chief, plans out which post gets posted next so that everything is in order - Flight chief navigates our path. ^_^ So if you have any questions on that, please let her know.

Our next two missions will be happening concurrently. There's been a bachelorette party in the works for an NPC for some time and our faster writers will be taking part in it as a side mission while everyone will be participating in the main plot of the Dedjoy system Mystery. We'll be visiting a planet we literally created with a genesis wave last season to see why a research team went missing. Que the eerie music. ^_^ Chronologically, the party will happen first, but we should be able to write that up pretty quick, giving us plenty of buffer to give us plenty of time to write the mystery at a much more relaxed pace.

So, with the new year, comes new missions and new opportunities and a slew of new plots! I really hope everyone is looking forward to the rest of Season 5 of the USS Hera!

We have a new location for our wallpapers!

And we have a new wallpaper for the upcoming season five! A collaboration between myself and the Most Honorable and Skilled Artisan Dee Fish!

We've also done so much amazing writing, that we've been able to unofficially publish a two part novel! The PDF is in the same folder as above and should be the top file. Check out the amazing work everyone has done and spread the love to other Star Trek enthusiasts! The Illustrious Dee has even made cover art for it as well!

To commemorate the impending wrap up of both Season 4 and the Tribunal, Dee and I have created a collaborative piece of art. A new wallpaper in 8k resolution! It has all of the current crew as well as several of the more memorable NPCs along with the USS Hera in the Engstrom Nebula, where the final battle of the mission took place. Enjoy!

As Enalia stood looking over the Utopia Planitia Shipyards in her finest white Artan livery, Baroness Sarika at her side, she could see the latest and greatest Artan vessel added to the fleet slicing through space on its way to receive her. Outwardly, it was definitely a Centaur class frame…

The rest of the furniture had been moved in, thanks to the extra helping hands, some anti-grav pads and Hera being willing to tell the three Godox children scary stories in the basement to keep them from getting underfoot. Everyone was relaxing, breaking into small groups, when Rita approached Mnhei’sahe…

» Settling in to the future

The packing crates had all been delivered by transporter to the backyard, where the open space gave them room to move and sort things out. While they possessed few actual possessions, Rita Paris and Sonak had a house too full with furniture, and a rather wealthy and influential friend with…

The plastic man knew that he had to negotiate this particular situation with care, aplomb, and a certain deference of style. He’d studied his target and he understood the risks- yet, he was still determined to take the chance, to extend the offer, and see if an accord could be…

Standing in the center of the holographic communication center of the diplomatic center of Starfleet Command, Lieutenant Commander Mnhei’sahe Dox was no longer in her crimson uniform. A week prior, the redheaded Romulan woman had arrived on Earth as a part of a carefully thought out plan to dramatically change…

I have been given four books from Rei as a gift. They were attained from my forefather's planet before the Borg invasion and final assimilation of the El-Alurain people. I will be scanning the books in to be archived for future generations of researchers and historians. After all scans are…

Just had the birthrate brought to my attention. The rate exceeds standard norms. Need to finds out the cause of this anomaly and why neither the EMS nor my predecessor caught the causation.

Thurs can't be something as simple as a ship full of hormonal crewmembers. Must dig into this…

Time to hunt for somepleaces to sneak off and read. So far I have found a few promising looking spots but nothing remotely quiet. It seems I may be relegated to my quarters if I can't find some secret little away places to climb into comfortably and read my free-time…

The arrival to the Hera was beautiful. The ship is a stunning piece of tech. Made a fool of myself upon landing with Commander Paris, forgot standar protocol for reporting for duty. I have been arriving on board for transfers so damn long my brain dumped. I am now in…

I can't sleep. It's been days but the best I get is a couple of hours before I wake up screaming. I've not been able to get the images shown to me by the trickster god, Anansi, out of my mind.