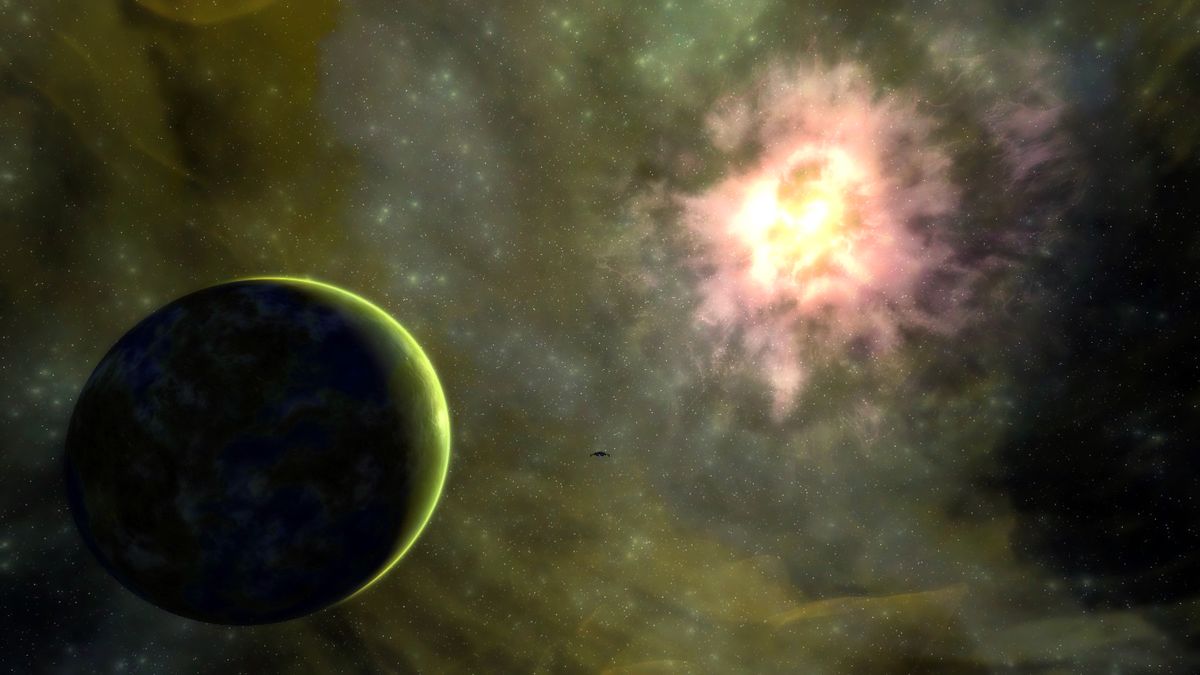 The Hera is sent to a world in the galactic core where reports of sightings of ancient deities have been made. Not just a few times, either. Hundreds of reports have filtered in through diplomatic channels. Aphrodite, Frigga, Hermes, Hercules, Erebus, Loki, Anubis, Sheva, Ra, Bahamut, and even Molor have been supposedly spotted and identified, along with many others that can not be identified due to a lack of database information. The USS Hera has been dispatched to the New Texas system where they will meet with a diplomatic attache about this and further investigate the issue.

What they find is a world ship with a castle at its core filled with what can only be described as elves with eight meter tall summoning stones summoning them back into this realm using the power of the titans.