On the viewscreen was a ringed gas giant and the frozen moon of Andor where the Andorian and Aenar races called home. The USS Hera wasn't here for a mere social visit, however. The Starfleet Intel vessel was here for a bit of an investigation of it's own. As the scenery on the viewscreen slowly shifted and the mighty vessel slipped into a high geostationary orbit over the moon, Captain Telvan motioned towards Ensign John Jones. "Open a channel to the Andorian Ruling Authority with our request to transport a team to the northern prohibited zone."

With a nod and a series of presses, Ensign Jones complied. "Aye Captain. Transmitting now." They didn't have to wait long for a response as a government signal came back almost immediately. "Captain, we have a reply from an Administrator Take'yen"

"That was faster than I expected," Enalia replied as she composed herself and readied herself for bureaucratic battle - her least favorite form of combat. "Onscreen."

An officious and unpleasant looking blue face appeared onscreen, not looking at the sensor but still working on something else off to one side. When he spoke, it was clear the greeting was a perfunctory one he was required to use, in which he had zero enthusiasm. "Andoria department of historical sites, this is Administrator Take'yen, how may I help you?"

Enalia knew this type of bureaucrat - he was expecting a simple declaration of who she was and what she wanted in either the most pompous way possible or the most droll way possible. She chose the latter to match his expression as if this were a daily occurrence. As she pretended that the PaDD she was holding was far more important, she began her spiel in a nearly monotone voice. "This is Captain Enaila Telvan of the Federation Starship USS Hera requesting permission to send an archaeological investigation team to the restricted zone in your northern wastes. Transmitting coordinates now."

With a wave of her hand, she motioned for Ensign Jones to transmit them.

Glancing over that the coordinates, the bureaucrat tapped at his keyboard, peered at the screen, then in the same disinterested tone reported his findings. "Mmmmm, so sorry Enaila Telvan of the Federation Starship USS Hera requesting permission to send an archaeological investigation team to the restricted zone in your northern wastes. It seems that is a restricted nesting zone for the Untallados, a rare migratory bird. So any and all expeditions to the region are strictly forbidden. Our deepest apologies on behalf of the Andorian government."

The bored diatribe didn't sound particularly apologetic to anyone overhearing it.

Captain Telvan tapped at the PaDD in her hands and motioned towards her nervous new yeoman to check the PaDDs he was holding before looking up at Administrator Take'yen. "Ah yes, the Untallados. It seems our Science Chief put in a request to research them as well. Something about their mating practices. We're also requesting permission to send down a science team to study them, as well as three other native species."

"Mmmmmmmyeahno, those permits are only granted once a year as a preliminary to the mating season, and only by qualified researchers, which your crew does not posses. So your application will be reviewed by the committee and the results will be sent to you electronically." The functionary did not bother to look up, continuing to work as he spoke. For that matter, he didn't seem to be looking up any facts either. Apparently he was so experienced at this sort of runaround that he knew the diatribe by heart.

Waving her nervous new yeoman over, which seemed to make him want to faint with dread, Enalia continued. "When I said my science officer put in the request, I mean that he put it in weeks ago in preparation. I have here the positive reply," As Enalia spoke, she took one of the many PaDDs that the young man carried and held it aloft, her reply as neutral as she could make it. "So how do we proceed from here then? Request form 33-A-29 extended?"

"That would only be the case if this were a geological expedition, not a wildlife expedition. In order to qualify for the permit to enter the restricted wildlife preservation, you would need to file an SJ-10994 and a GRG-9572 as well as an 10090 TB-949 form, with the appropriate authorities, in order to be reviewed, scheduled, and chaperoned onto the site." The bureaucrat didn't seem to be taking any joy in being an obstacle, but career apparatchiks seldom did.

"Excellent. Thank you for your assistance then," Enalia replied as she rifled through the PaDDs that the anxious young man to her left was holding for her. "It seems we have the SJ-10994 and a GRG-9572 completed, however... I'm not seeing the 10090 TB... Which office is that one from and what is it pertaining to?"

"The 10090 TB-949 form is one that has to be filed with Immigration, as you aren't native Andorians," the functionary rattled off in that same flat and frankly bored tone. "Yes, I am aware you have one in the science party as an engineer but that still doesn't make the rest of you Andorians. In deference to our culture and the United Federation Cultural Recognition Act of 2347, when non-native life forms wish to interact with native life forms, the planet in question can choose to require a temporary citizenship grant to such researchers, which is processed by the Naturalization and Immigration Bureau of that region, who currently have a 4 year backlog of cases they are working on surmounting. So feel free to file it with them and you will receive your answer in due time."

"Ah..." The spotted captain motioned towards her skittish new yeoman who almost dropped the stack of PaDDs as she almost had to coax the poor lad over like a cat with a saucer of milk. "I'm not going to bite. Now hand me... Yes, this one and this one."

Eventually, she was able to sort through the roster and come up with a solution. "So if I were to swap out the away team with the Andorian and Aenar members of my crew, I would no longer need that form?" she asked as she held up a PaDD with the pictures of Thex and her three mates, a random female science crewman who happened to be Andorian, and the EMH who had an Andorian filter applied.

"You'd have to speak to immigration for that, it's not my department, the bored-sounding bureaucrat explained. I can transfer you. Hold please..."

At that the screen changed to the Andorian flag, and a soft jazz version of the planet's anthem played. 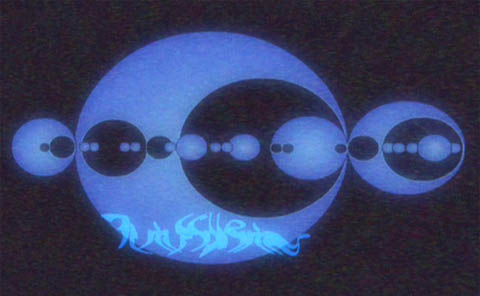 
Yeoman Armstrong looked nervously toward the Captain as he tried to keep the dozen tablets he was juggling in a neat order so he'd be ready to back up the commander with paperwork as she called for it. Internally he desperately wished his stomach would just shut up and stop burbling at him and just tie itself in a knot and be done with it.

"Yeoman, do you need to visit sickbay? Or do you have an issue with being this close to me?" the Trill woman asked as the 'hold and rot' music played in the background. She gave her best grin to her new Yeoman, though she wasn't sure if it didn't come off just a bit predatory - she'd been told before that her 'friendly smile' did look as cheerful as a shark's before, after all.

"Ah, no ma'am, not at all, just... trying to make sure I have the right forms for you and hoping that I have all of the right ones filled out and making sure I'm ready for whatever you ask for and maybe a little worried that I might not have gotten everything right so sure that's probably making me a little nervous but no ma'am, no issue being this close to you on the bridge at all, Captain ma'am," the clearly mildly terrified yeoman managed to relay in one long run-on sentence that screamed high anxiety.

"Well, you've done wonderfully so far so I have no reason to doubt your competence," the spotted captain replied, looking over the PaDDs once more. "Now if we could get off of hold..."